I had such a fun time at Devon & Bernard’s Wedding Shoot! I’m pretty sure I say this on every single blog post, but I always land up with the best clients!

Before meeting Devon & Bernard I was a bit worried about committing to do this shoot. I had chatted to Devons father on the phone, but knew that neither Devon or Bernard had seen my work. Anyone who has ever spoken to me about photography before will know how I always emphasis how one must absolutely love their photographers work before committing to hiring them for a huge event, especially a wedding! But after meeting Devon & Bernard and seeing how down to earth they both were I knew the shoot would be a blast. And having them “oooh” and “aah” over my albums helped convince me that I was in fact the right photographer for them.

The morning of the shoot I was up long before the sun and set off for my shoot. Knowing, as usual, that I would get there long before the shoot time arranged. As I was entering the gated community though, I noticed a car behind me. I recognised the car from my meeting with Devon & Bernard and I realised they were just as excited for this shoot as I was. This is always a bonus especially when it’s a sunrise shoot and being on time is paramount.

I quickly set up my camera and we missioned into the Northcliff Ridge Ecopark. The sky was just turning orange. The silhouette of the city was becoming visible through the smog… and so the shoot began.

I absolutely love what I do. I love taking pictures. I love being out in nature and seeing the sun rise or the sun set, especially when it’s with people who are celebrating their love. It’s moments like these set my soul on fire and when there are just too many happy emotions, I can’t contain them anymore and I start to bounce around. Normally people, and my clients, just smile at me and realise their photographer is crazy. But this is the first time I’ve had a client bounce too! I got to a point where I was bouncing a bit much to not show my camera screen to Devon & Bernard and share how incredible they looked – and Devon started bouncing!! I could see he was having fun on the shoot, and was killing it (I’m still not convinced he’s not a model) but having someone else have as much fun as me on a shoot was incredible!

And below is probably my absolute favourite shot from the entire shoot. We worked our way over the hill and got to the path on the other side (pretty much shooting the whole way as we went) and then I turned back and saw this ridge. I just had to send Devon & Bernard back, and of course, they were game. I am, absolutely in love with how this shot turned out! 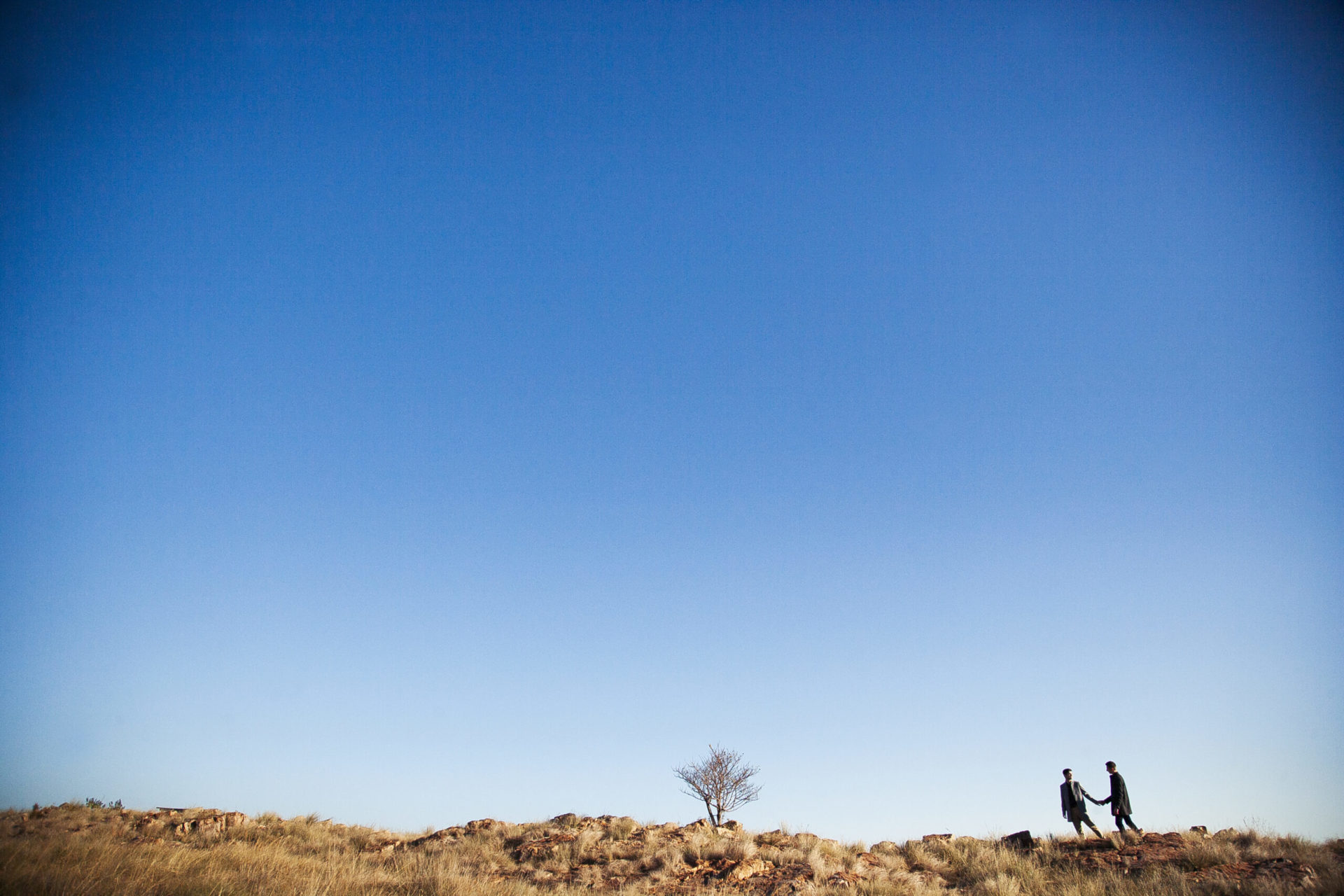 And of course we just had to do a standard Covid-19 masked shot: