and How They Met

Before we get into the details of Anthea & Connal Wedding, I have to tell you about their love story.

Ant & Con’s first date was a breakfast date followed by a trip to Sun Coast Casino and Ant knew right away that he was her one. Right from the get go Con made Ant feel special, and like she was the only person in the room. Con treated Ant with incredible kindness and showed a genuine interest in everything Ant had to say.

From there the relationship flourished, and they decided to start planning a trip overseas together. And so the saving began!

After saving up for a year they finally hopped on a plane and headed off to Italy where they had booked a tour. Their plan was to continue their trip around Italy on their own after the tour. Knowing that Con neither of them like being the center of attention, Ant was confident that Con wouldn’t propose to her on the tour. Once on their own in Sorrento, they went for a walk into the city, in some “iffy” weather, just two days before they were due to head back home. There they stopped at one of the sea point look outs and Con popped the question!

You jump off the highway and head for the mountains. Off you go through winding mountain hill roads. You think you are out in the middle of no where with no civilization around. But, you come around the one hill and the GPS tells you to turn right to arrive at your destination. Huge trees line the driveway. There is a beautiful green field to your right with a huge dam at the bottom. There is a small island in the dam that has a cute wedding arch perched on it and behind the dam is the start of the beautiful forest. The road ends at a huge, stunning Edwardian mansion with beautifully manicured gardens. Welcome to Calderwood Manor! 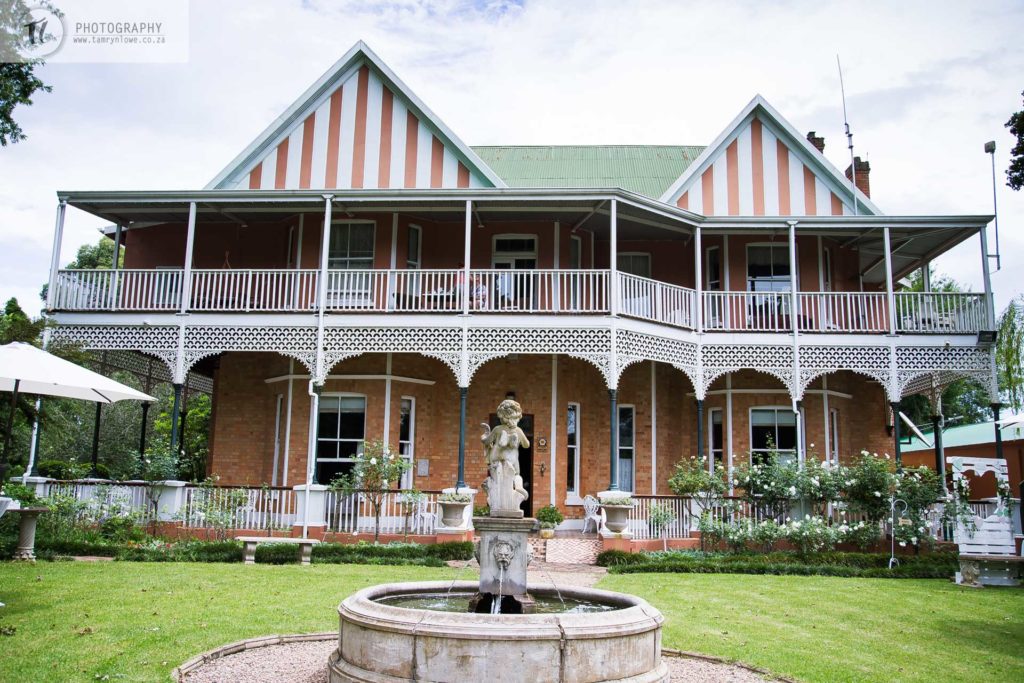 The ceremony was to be held in the forest along the side of the dam. Chairs were brought down for the guests. Doors were attached to a concrete structure just outside the forest – so the bride could still get to walk down the isle without being seen first. The isle was lined with hanging jars, each holding a single white rose. And at the end of the isle stood a large arch with draping added as a delicate decorative touch.

The sun made an appearance during the ceremony even though the day had been primarily overcast, and a very light, gentle breeze could be felt as Ant and Con said their vows.

As the ceremony drew to a close and we started with the family photographs the adventure of the day began.

There were some stunning storm clouds that had started to gather in the distance and they were a beautiful backdrop for the photographs. Aware of the clouds and the storm they could bring, we merrily carried on taking our pics. As the family pictures were finishing up and we were moving on to the bridal party portraits the wind picked up.

I decided to stick close to the building, but carry on shooting. The clouds grew darker, and the wind blew harder. It was now very evident that we would not get our full hour of bridal portraits in. I sped up the bridal party shot. Quickly rethinking my original portrait strategy I headed off towards the dam, next to the forest where the ceremony took place. And where there was a car – just in case we needed an emergency hide out.

As we were walking we heard a large clap of thunder. I quickly sent the remaining members of the bridal party back to the building, and as the next clap of thunder went sent the bride and groom to hurry off to the car. I ran back and grabbed my camera bag and headed for the car, just as the heavens opened up.

And so, we were stuck. We knew that the storm would be over again soon, gauging how quickly the storm had come, and so decided to just sit and wait it out. We laughed and joked about how crazy the story would be when they one day re-tell it. A short while later we carried on with our shot – inside the car. And then, as the rain cleared up, we casually carried on with the couple shoot along the dam and in the forest.

The storm was a big laugh, and the guests thought it was hilarious that Ant and Con hid out in the car – and rather unfortunate that the photographer was stuck there with them.

The rest of Anthea & Connal wedding went on without any surprises, and they spent the night celebrating with their closest friends and family. 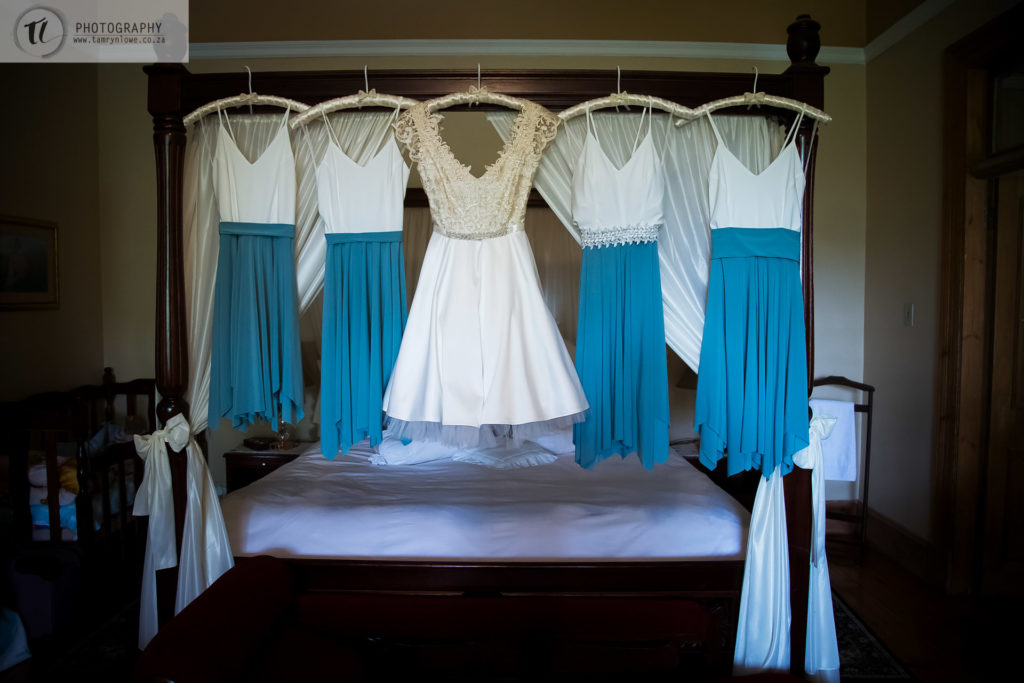 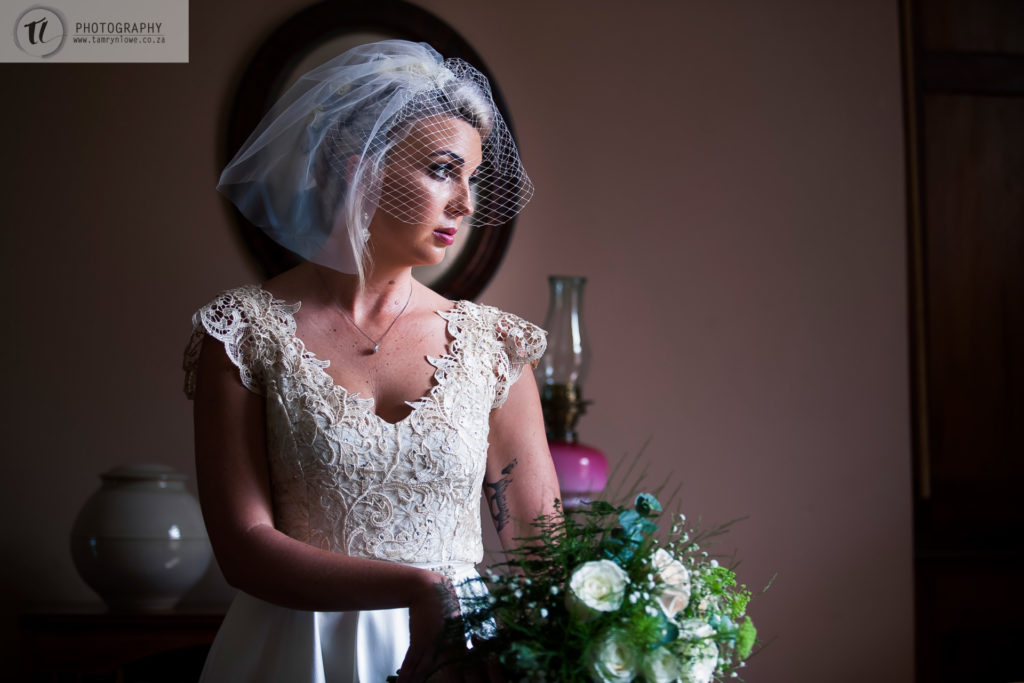 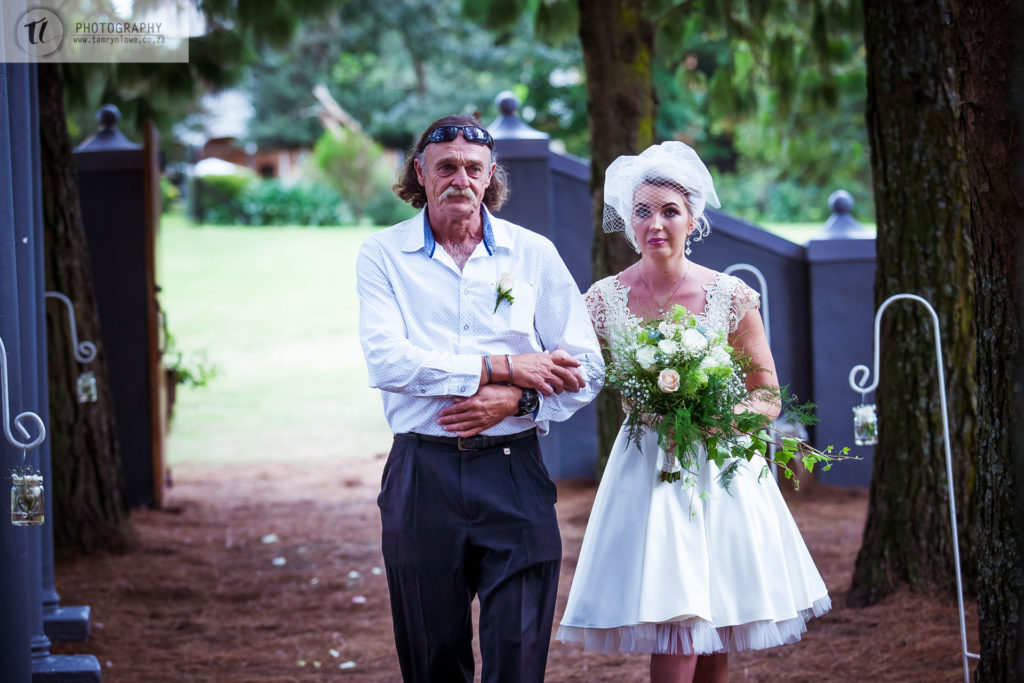 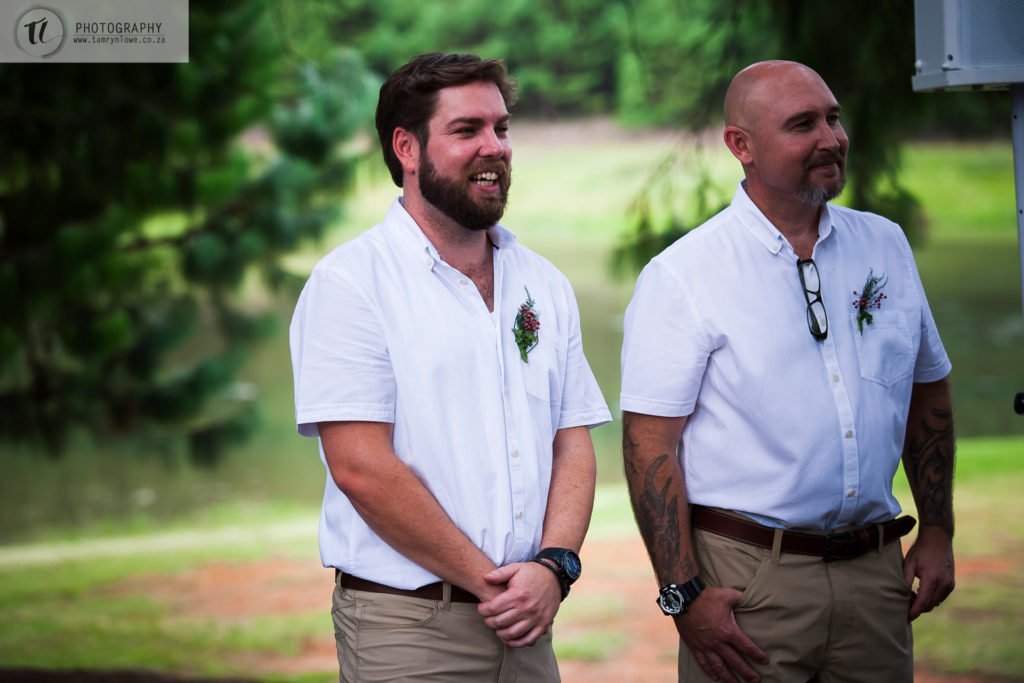 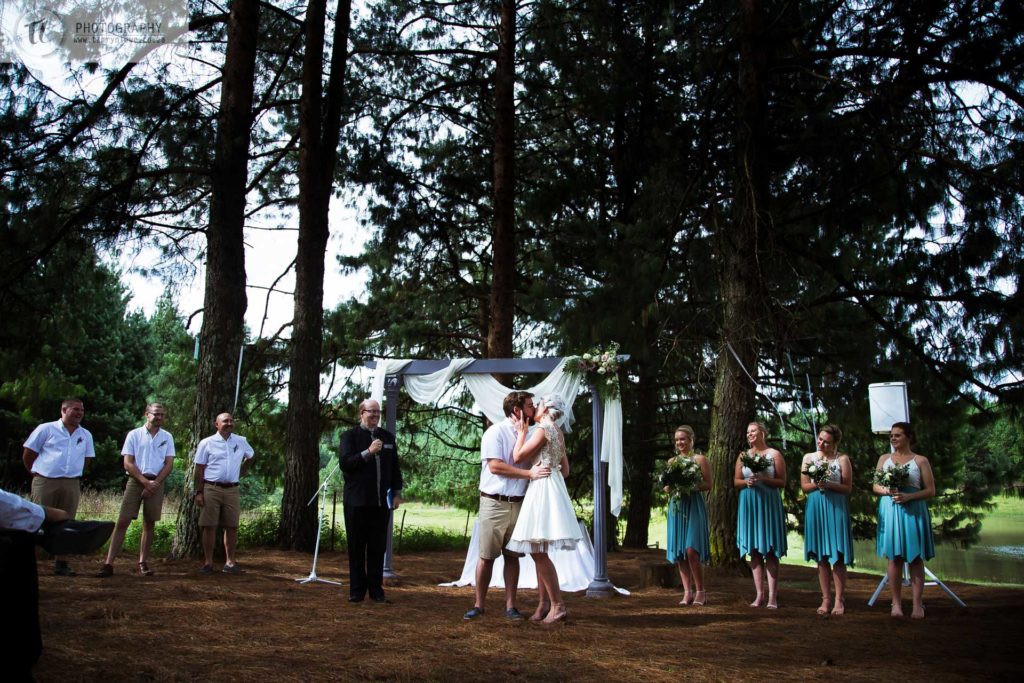 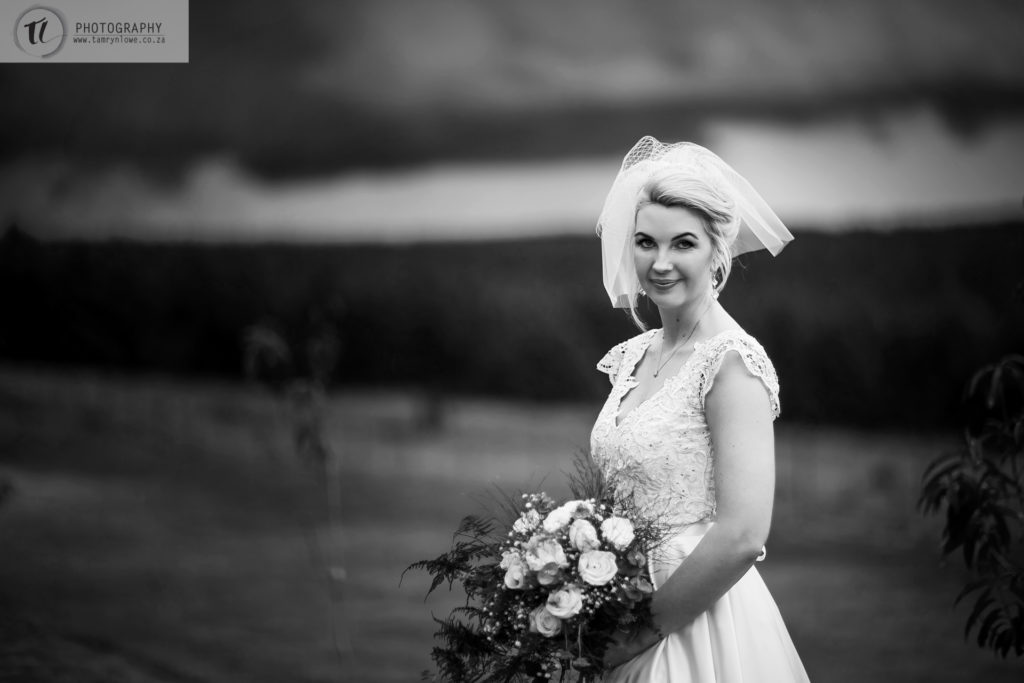 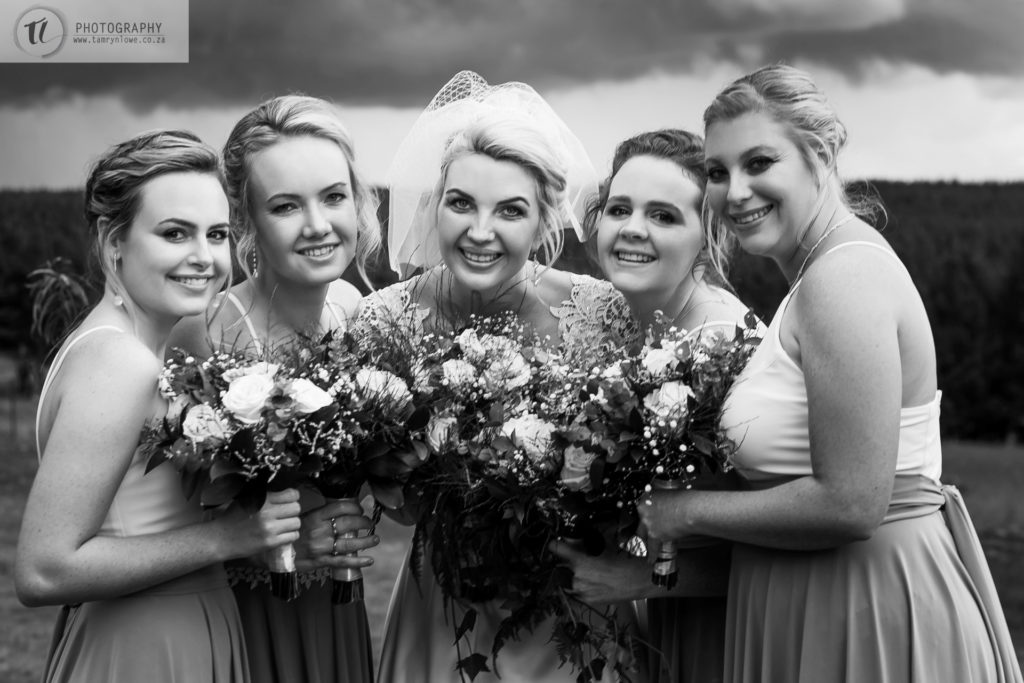 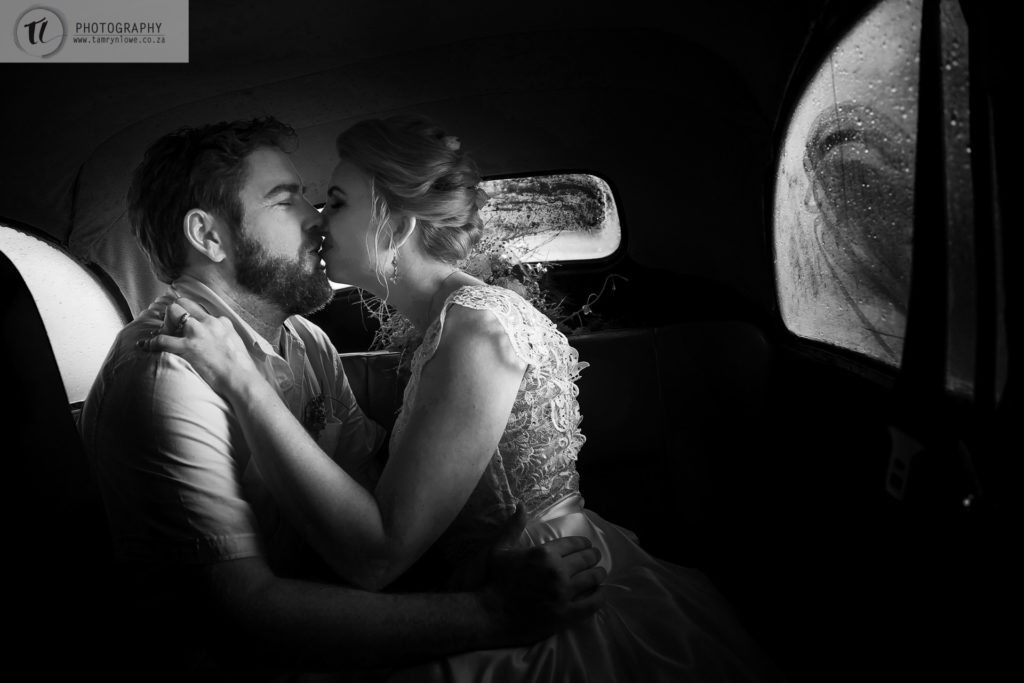 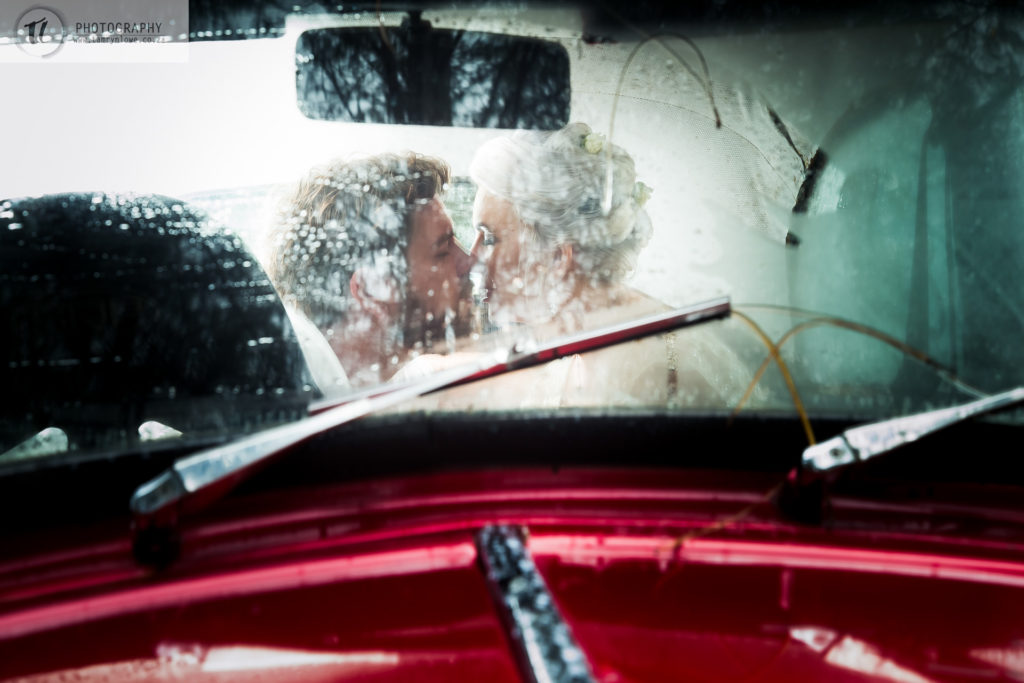 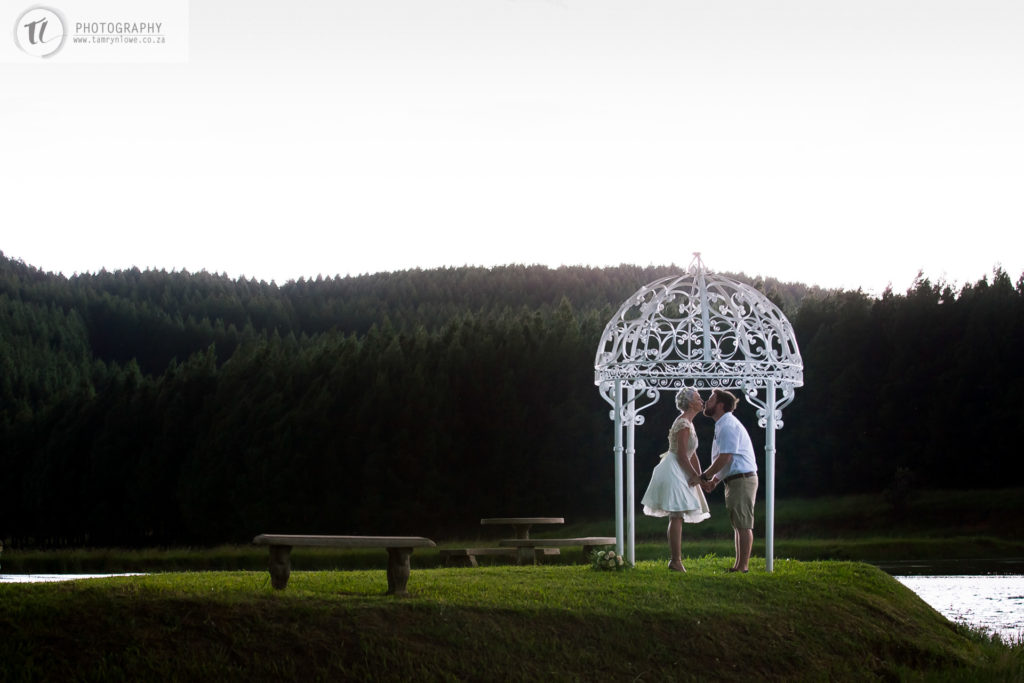 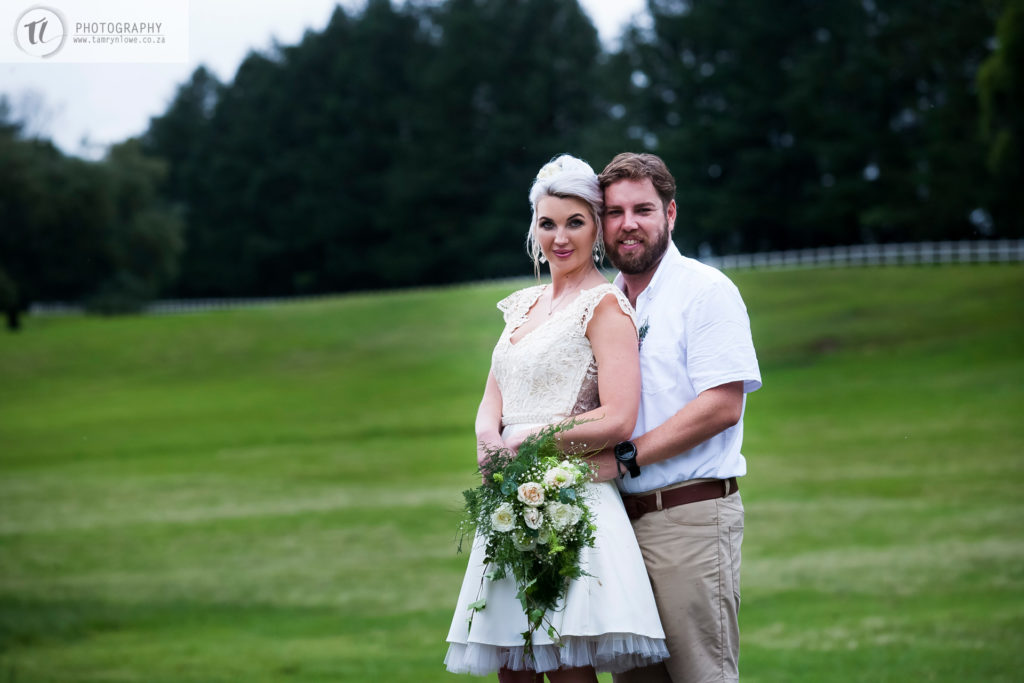 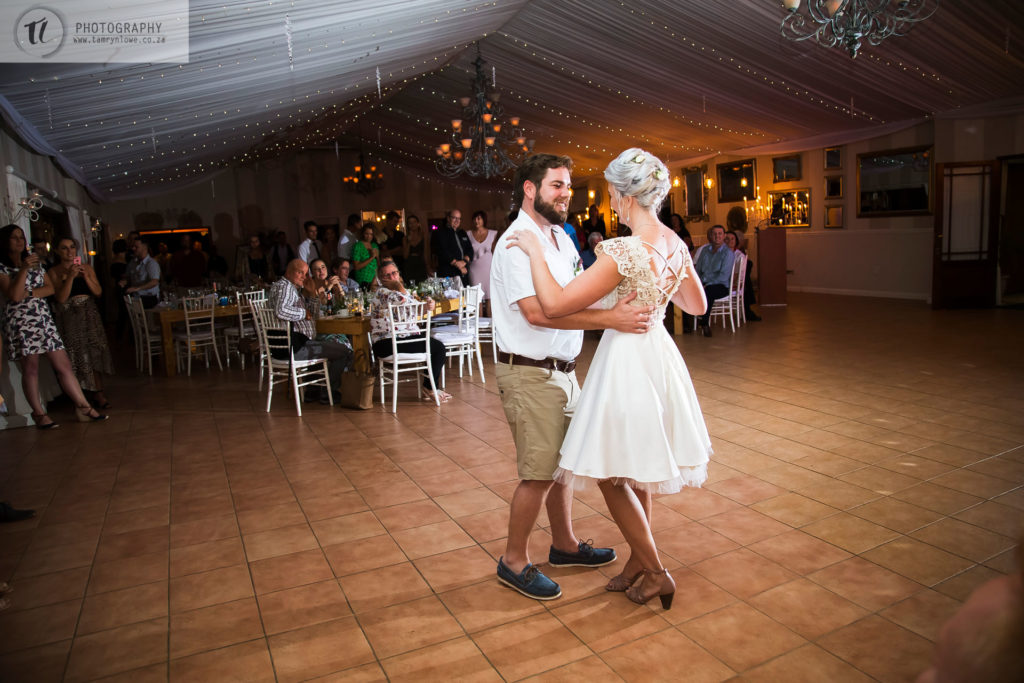 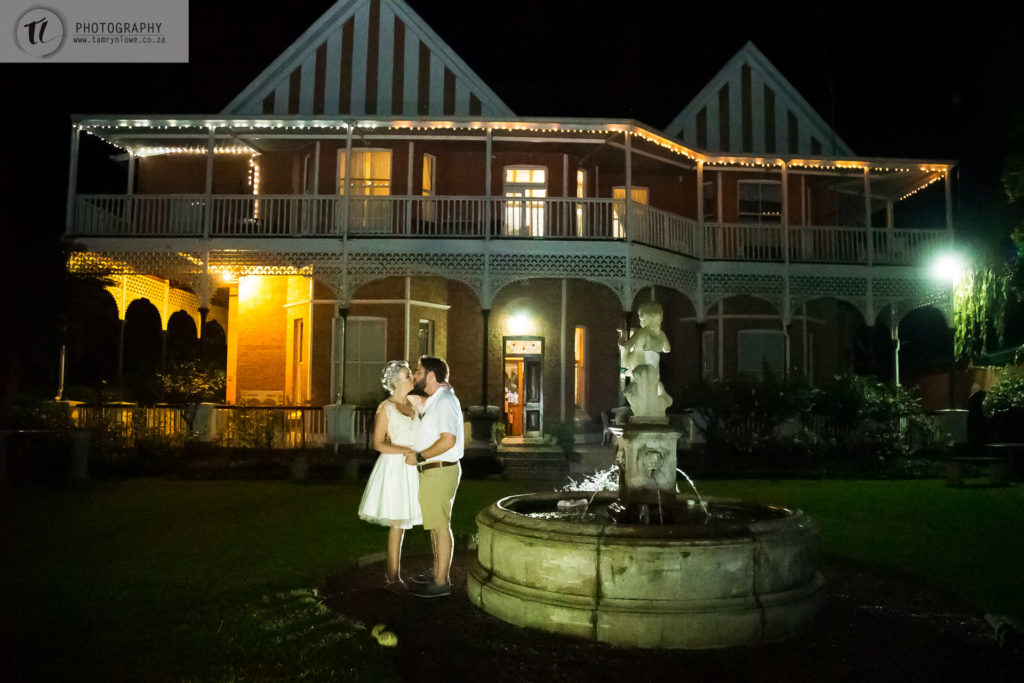 To see other wedding photographs, hop on over to these blogs: