Daleen & James’s engagement shoot was a bit touch and go! Here’s why:

So we decided to stick to our plan and try go ahead with the shoot. But, we also came up with a few back up plans for if things went wrong.

The day of the shoot arrived, and I spent the majority of the morning staring at my phone checking the weather! But all looked good and we were safe to go ahead as planned.

Daleen and James arrived and Daleen very happily informed me that she didn’t mind even if it did rain. She was completely fine, even if she got drenched. So all my concerns about getting my clients feet wet and dirty and not having perfect conditions for them eased. But I still made sure to keep an umbrella in my camera bag. Just in case.

The weather held off though, and we had a fabulous time shooting in the forest, in the long grass, on bridges and what felt like all over – although we barely left the entrance of the park! 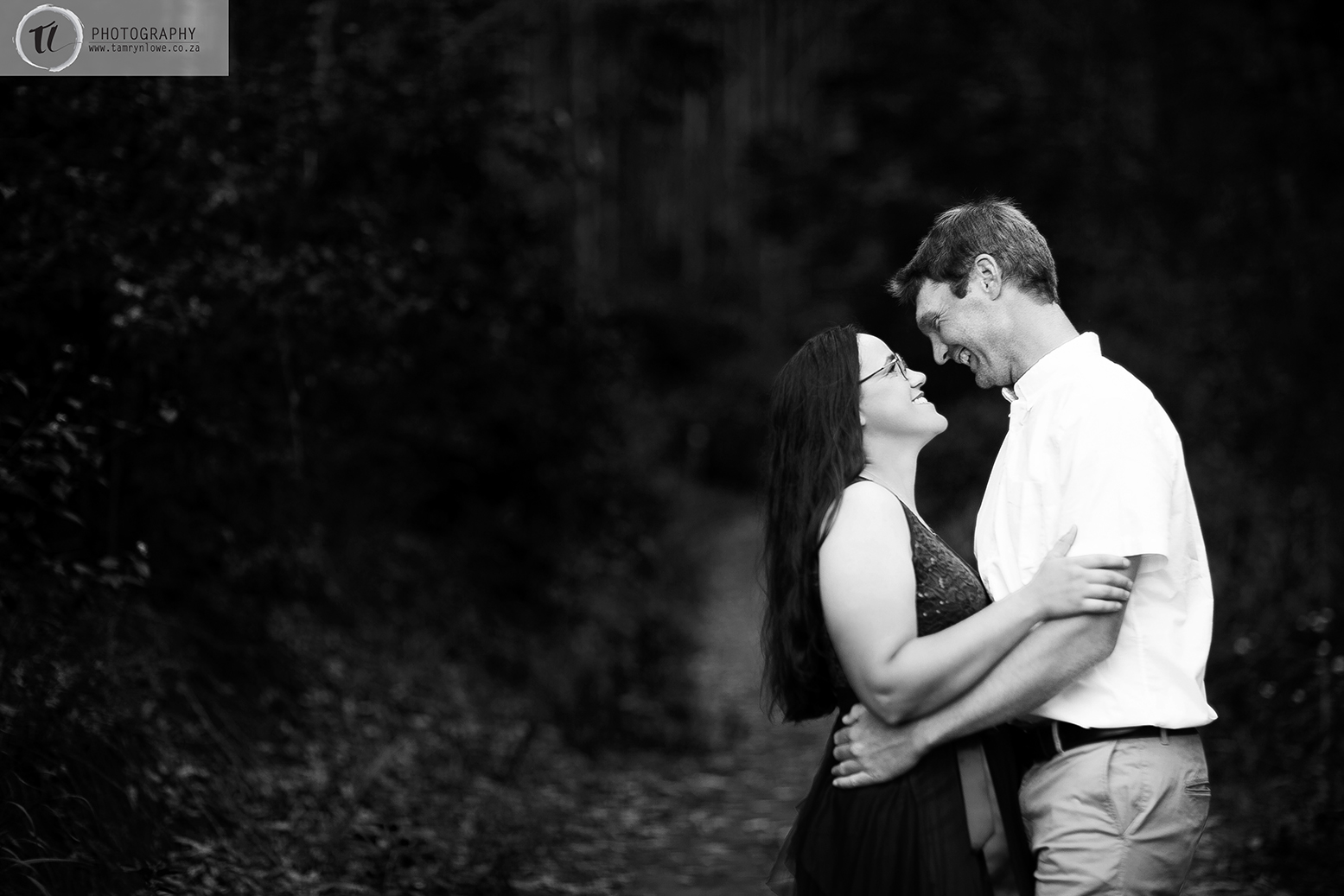 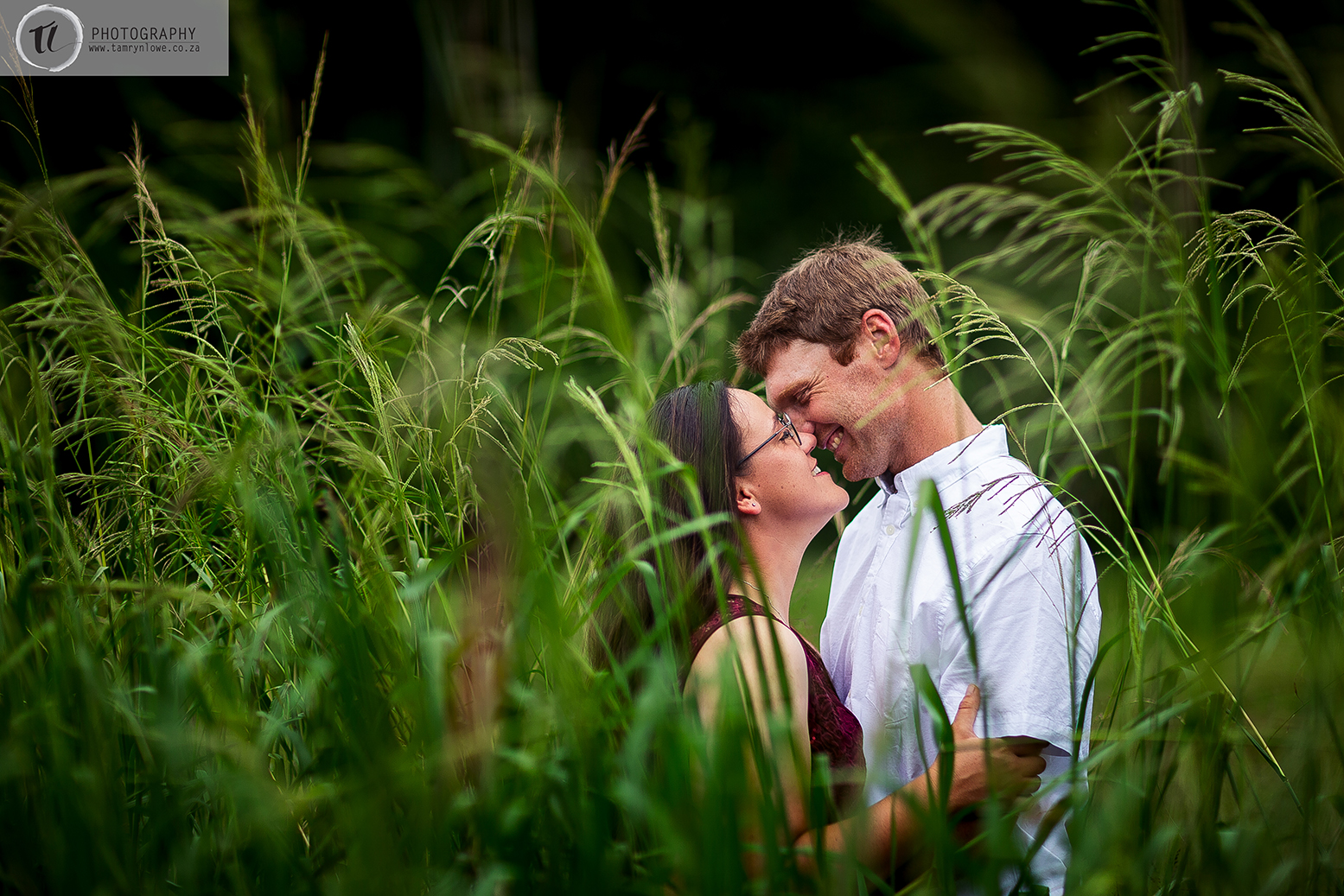 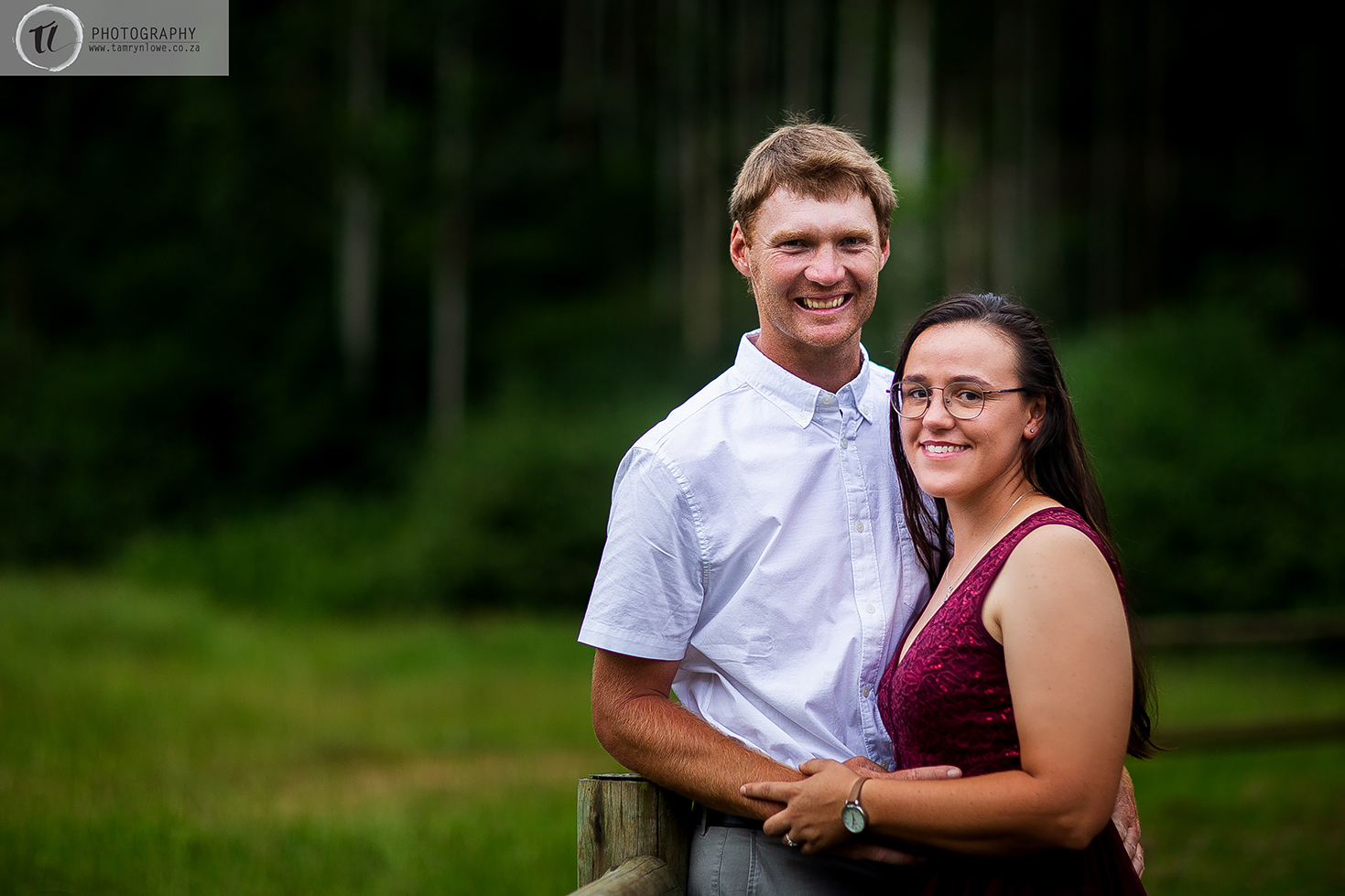 When the sun came out to play

We were just finishing off the shoot when Daleen mentioned to me that she had wished the sun had come out so that we could get some nice golden light. I definitely didn’t need any more encouraging to pull out my own sun and make some nice golden portraits for them!