Capturing Caitlyn & Megan’s portraits was an exciting adventure! I got to shoot in one of my newly favourited spots. Walter Sisulu Botanical Gardens. And it was a friends shoot. I hadn’t done a friends shoot in ages. When I was starting out photography, I was making every friend I had a victim of a photo shoot. Friends shoots were pretty much all I did. But for the last few years, I hadn’t really had many. And these two girls were super epic! 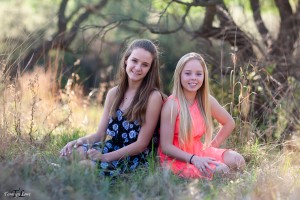 I’ve discovered something with this post. Besides the fact that I must have been in a very serious black and white mood when I edited the social media images from this shoot. I seem to make all my clients climb in bushes and do crazy stuff for photos. I really thought I only did this to a few clients, but so far almost every blog I’ve had to write I can think of a funny moment I asked them to stand in a flower bed or climb up a tree or do something crazy! These two photos below I had the girls almost sitting right in the flower bed to get these shots!

Poor Caitlyn’s brother was dragged along for the entire shoot and had to stop and watch each time we stopped at a spot to get a picture. I finally managed to convince him to have some photos taken. And I actually think he ended up enjoying it almost as much as the girls did! He was super cool!