Pet portraits are always fun. And depending on the pet – they can be such an adventure! Blue and Scollie’s Pet portait session was definitely an adventure!

The shoot turned out to be a bit of a crazy one. Some dogs are super calm and really don’t mind having a camera pointed at them. These guys were so excited to be at a dog park, I’m not even sure they noticed me, let alone my camera. This was so different to my dog, who loves having his photo taken. He will always make sure he is sitting looking good in front of the lens. But then in all fairness, he has been subjected to years of pet portrait sessions. And he has become some what a professional dog model over the years. These guys were totally inexperienced. And they were in their absolute element running around like crazing exploring the dog park.

Blue and Scollie must have also just been having a bit of a forgetful day because they seemed to completely forget that they have a human who they are supposed to respond to. This said human is also supposed to be in charge and have the final say. Well, on this day Blue and Scollie were in charge. I’m not sure they even heard poor Caity trying to get them under control.

So the portrait session turned more into an action shoot session where the dogs did their thing and I ran around after them capturing any cute moments that happened.

What happened during Blue & Scollie’s Pet Portraits happens often. So, I’ve actually gone and written a blog post for pet parents! Depending on what you want out of your pet portrait session, different steps can be taken so that we can get the best portraits for you and your furry child. 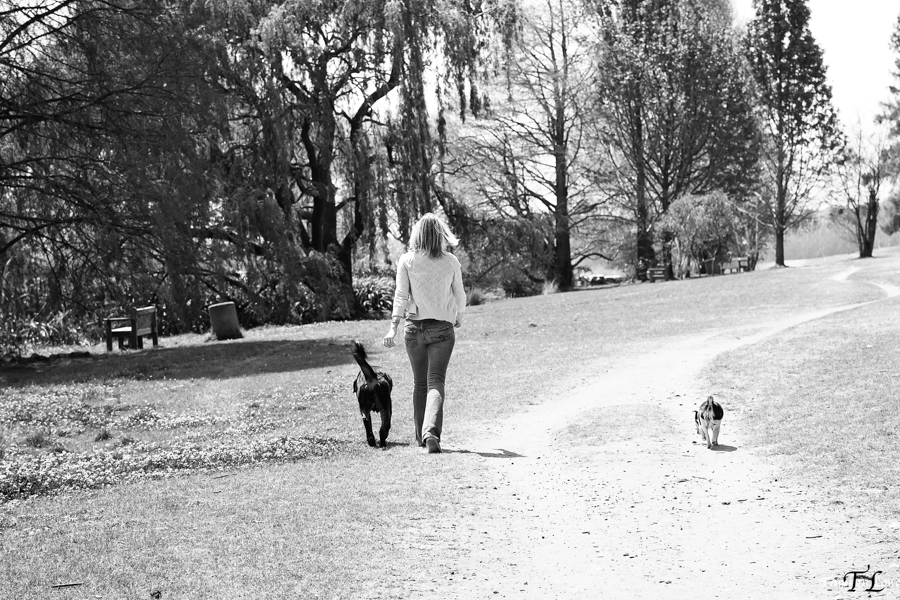