I usually get super excited at even just the thought of doing a photo shoot, and the few hours before a shoot I generally get on this little excitement high. Sometimes, I just don’t feel it though. This was one of those shoots. I was exhausted to start with and the weather was beyond miserable. I considered cancelling the shoot a few times, but I was only in the area for a limited amount of time and the shoot needed to be done. I am also used to working on my own, or if I do have an assistant, it is usually one other person – who ends up standing around doing nothing because I just mission on my own and forget about them. Ooops. This day I had 4 assistants. None of them really knew anything about photography, they were all horsey people, which definitely helps when it comes to handling the horse, but when you only have 1 horse 4 people is a bit many.

We got to the stable yard and I decided I needed to walk around a bit and see what was there to get some serious inspiration. I never felt any. So I decided all my slaves can go off and sort out the horse while I photograph Anthea and get my head in the game. I think it took about 5 photos before the creative juices started to flow. Anthea is super relaxed in front of the camera. 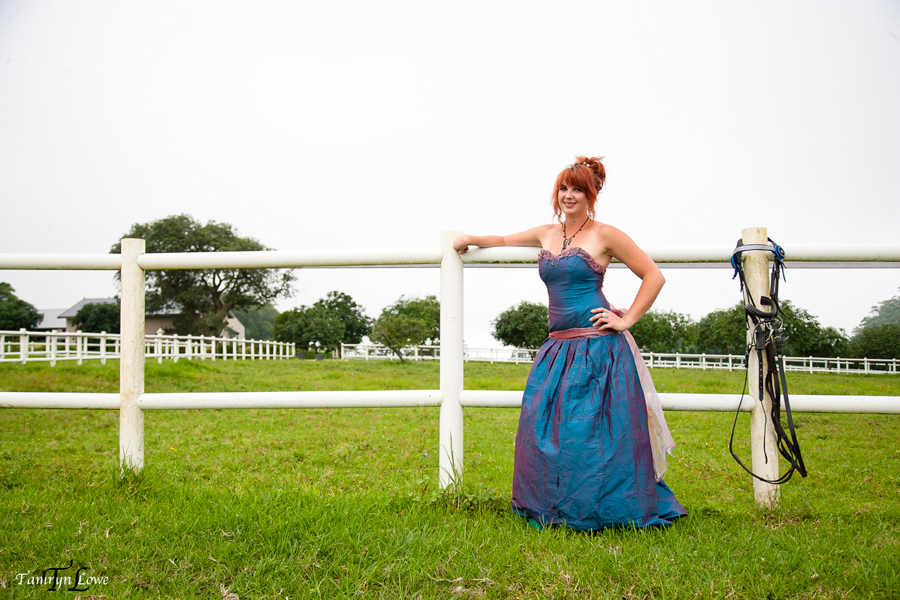 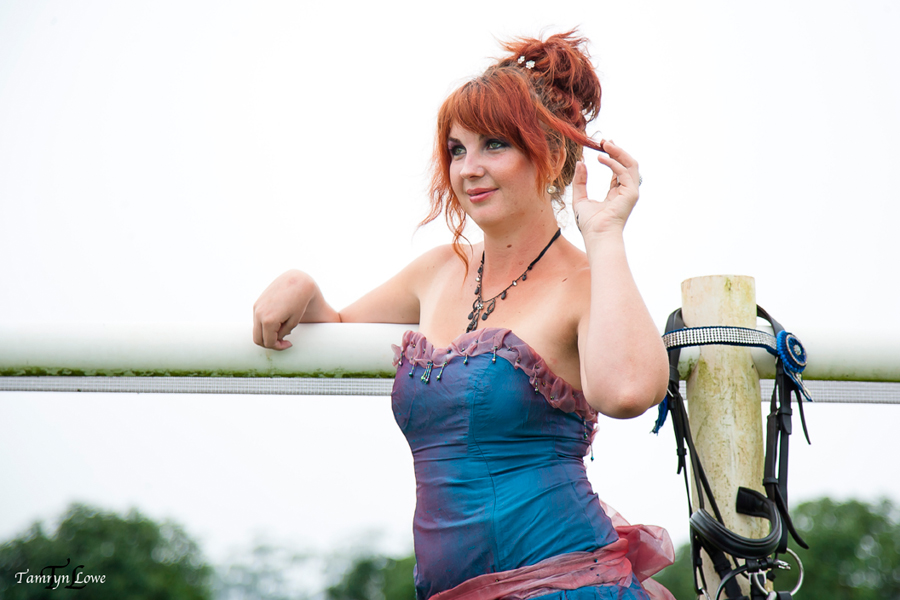 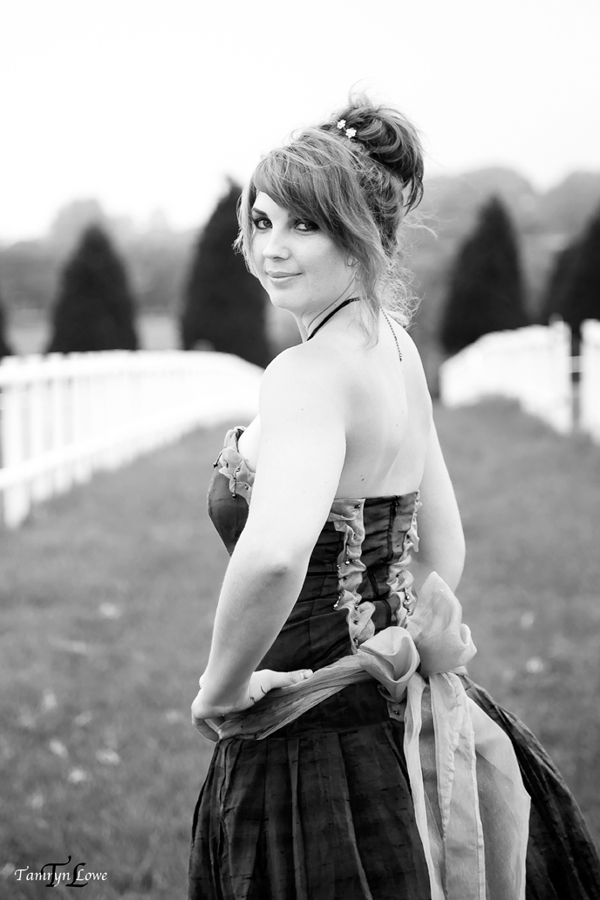 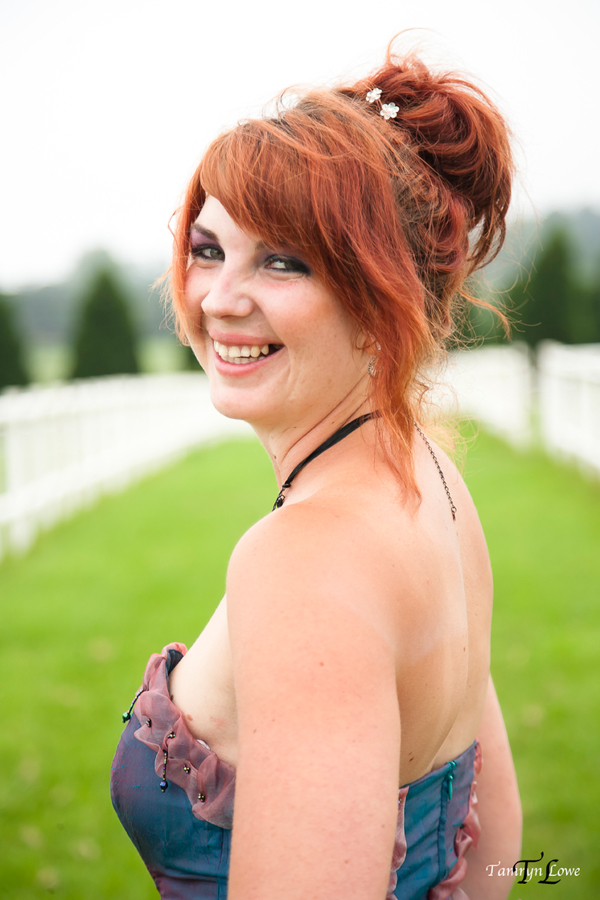 We started in and around the stable yard which was cool, but only for about the first 10 minutes. So Anthea told us about this amazing field where she wanted photos taken because it has this huge cliff and amazing view. So off we decide to go. So we all hope in the car and decide to take a slow drive to this open field about 1km down the road. But Anthea has other plans. She gets out the main gate and phooof she’s off at a canter/almost gallop down the side of the road. It looked like something out of a movie with this girl cantering away on her horse with her long dress blowing out all around her, her hair was blowing – it was epic. I’m quite convinced that anyone driving past would have thought we were filming a run away for a movie. 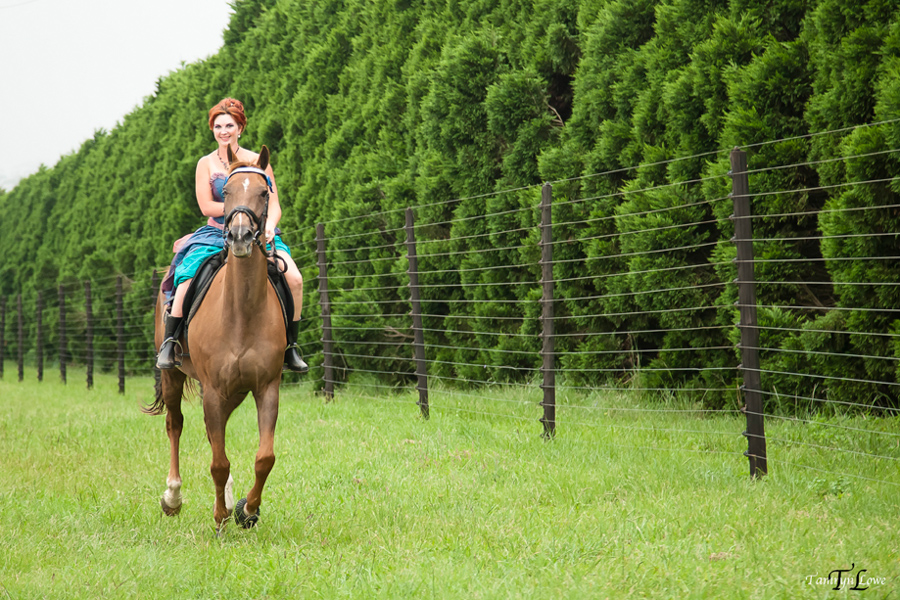 We eventually get to this field – well we first got to the ‘road’ to the field which was actually just a almost barely visible patch of grass that looked a little more flattened than the other grass around it. We started driving through the grass and heading in the direction we presumed would lead to where the cliff was. It wasn’t an easy task! The grass was high enough to almost completely hide the car. So we carry on for quite a distance until my one assistant was freaking out about this ‘dodgy’ grass field and how she is convinced it is not safe and we must extra careful we don’t get ambushed. She was quite convinced we should turn around and go home. We all thought it would be fine… until we got to the cliff. There almost right on the edge of the cliff was a bakkie. The grass around here was much shorter and we could see around much better. But we couldn’t see anyone who could belong to the car. It was a bit freaky. We decided to shoot anyway and left 3 of the assistants on stand by to watch for any dodgy activity so that we could get out of there quickly if anything happened. The grass field was cool, but we hardly got to shoot there before the mist rolled in and we couldn’t see far enough to keep a safe look out so we were forced to leave. It didn’t really help that while we were there the wind howled most of the time and poor Harry, who was actually a super star, was a little uptight. 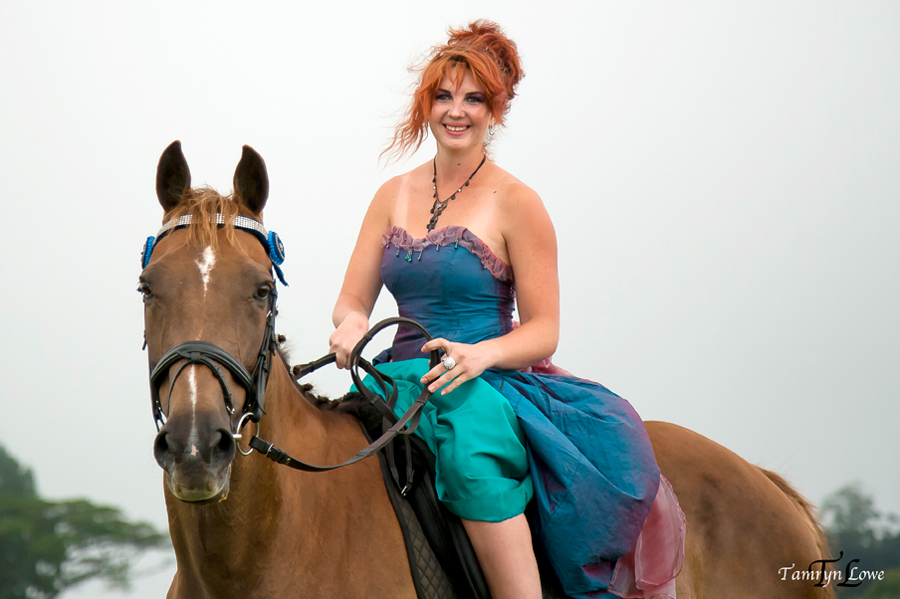 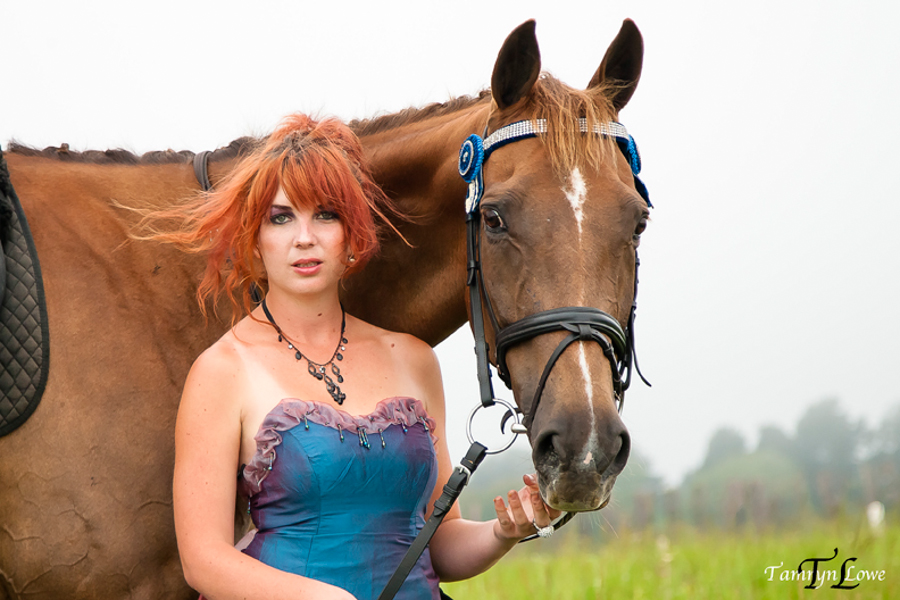 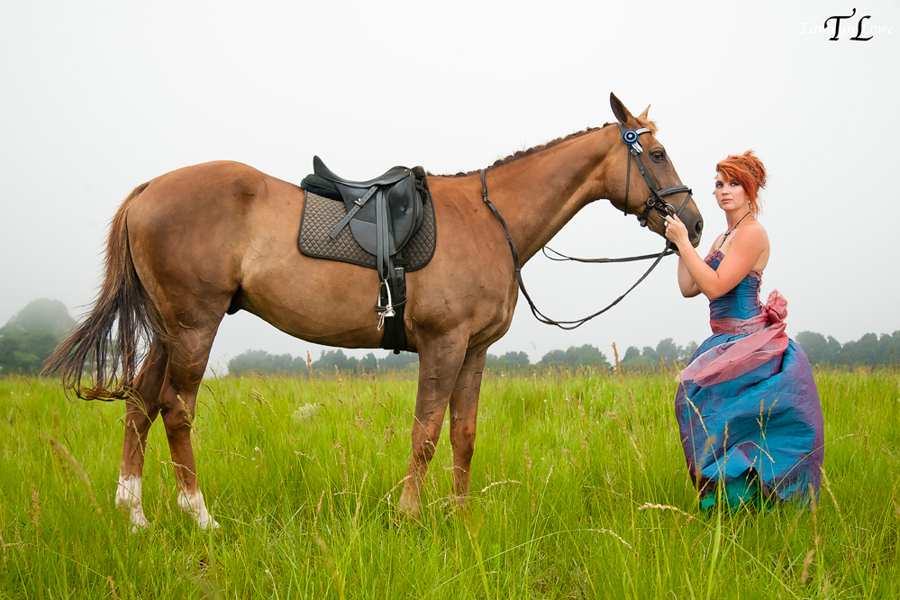 Back at the stables while my 4 assistants were busy sorting out Harry and putting him away this beautiful cat decided he wanted to be photographed. It was the cutest thing. He walked right up to me lay down and pulled a cute pose. Then he would move and pull the next pose. It was insane, I swear he must have been a professional model in his previous life. It was literally like after every time the shutter went he would move slightly for a little bit of a different picture. So cute!! <3 <3 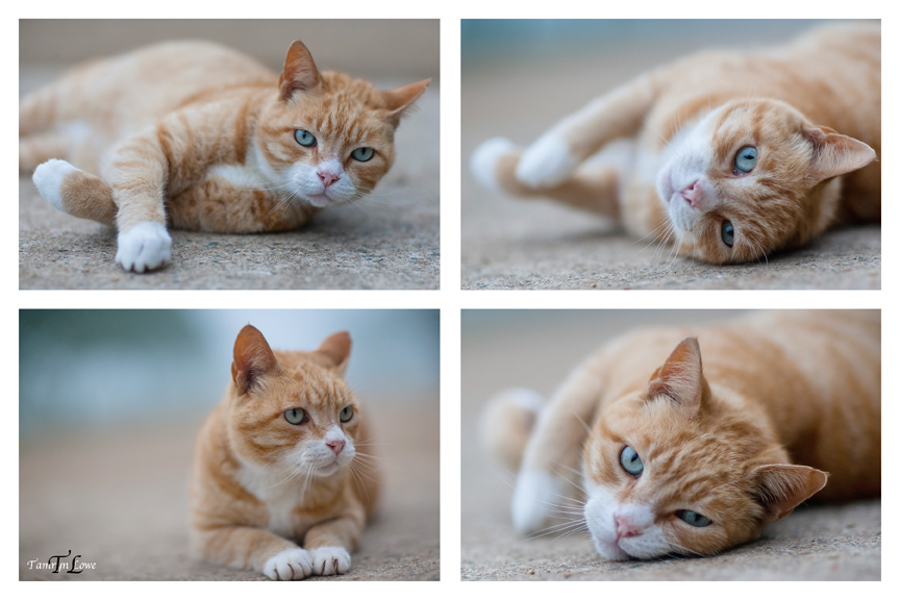